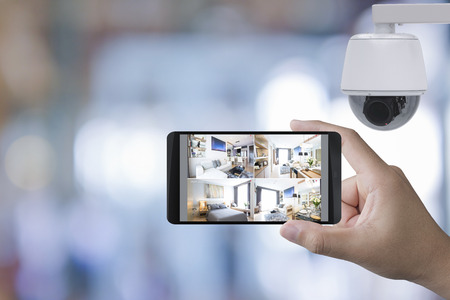 NYCONN Security Systems’ motto is “we protect you like family.” In the old days, before technology took over, it was usually the dad’s job to make sure the family was protected from any unwanted intruders on the property. That typically meant he’d sleep within arm’s reach of his shotgun, ready to scare off any would-be burglars who wanted to mess with his house and family. These days, though, times have changed, and home and business owners need a more prudent security approach.

The Benefits of CCTV Cameras

Cameras have become an integral part of security systems, because they act like a million dads watching homes and properties in order to protect families and more. CCTV (closed circuit television), also known as video surveillance, is the use of video cameras to transmit a signal to a specific place– on a limited set of monitors. With home security systems, there are often a number of cameras placed around a home’s exterior as well as parts of the interior in order to see/record what goes on, especially when folks aren’t home. These cameras send their signals to a faraway monitoring site, where someone sits and monitors a whole bunch of screens at one time– taking notice of anything out of the ordinary.

Where to Place CCTV Cameras

Obviously, it makes sense to have CCTV cameras “properly placed” so they can do the job they’re intended to do. So what are the best places to install and utilize security cameras.

Where are the most common entryways for burglars? That would be the front door, the back door and first-floor windows. Therefore, cameras should “cover” those! Place cameras above door or window frames, facing downward in order to cover the area a few feet in front of the opening. Furthermore, cameras should be placed high on the outside of a home/building. Consider placing them at least 9 feet up, which means even a 6-foot man or woman wouldn’t be able to mess with them. Should the camera be seen by people? Yes. This helps deter criminals, since they know someone is watching them.

For info about NYCONN’s video surveillance cameras and wireless security cameras, contact us at your convenience.