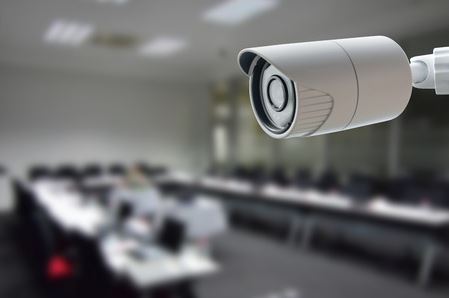 Why should you consider adding video surveillance to your workplace?

For starters, it helps boost employee productivity. After all, if employees know they’re being monitored, they can’t easily slack off, can they? Video systems help departments communicate with each other better– and “the boss” can always check what’s going on in various rooms of the building to ensure his or her employees are doing what they’re supposed to be doing when they’re supposed to be doing it.

Next, if there’s a “fight” or some sort of conflict, having video surveillance provides a visual record of what happened, which could be called upon in court. More likely, though, having video footage of conflicts can help resolve them “in-house.” Managers and bosses can review “the tape” (which today is most likely a computer file) and then come to a decision on how to best deal with whatever happened. Video also provides “proof” of things occurring, which is much better than a “he said, she said” recollection.

What about theft reduction? Video surveillance cameras can not only catch thieves in the act, but also help reduce overall theft. Since people know they’re being watched, they’re less likely to steal if they know– or think– cameras are “on.”

Surveillance systems today are more advanced than those of the past. Some provide analytics technology to help track people’s movements through various rooms. They can even notice what people pay attention to, versus what they ignore. “Real time monitoring” allows a person to look over all that is going on in a business or workplace at one time. Plus, archival footage may come in handy, if needed. Today’s systems don’t use VHS tapes. Instead, they rely on digital storage, and because of advances in technology, large amounts of information can be stored, studied and analyzed.

Finally, using video surveillance systems helps with “access control.” People coming and going from the room/building can be monitored. That way, if someone suspicious is spotted on some footage, security can do their job to detain or eject that person from the premises.

To sum it up, video surveillance systems, which are available from NYCONN Security Systems (800-783-5004), can be a valuable and economical means of improving the security of people, buildings and valuables.

Filed Under: Video Surveillance
← How Do GPS Trackers Save Employers Money?
How You Can Help Prevent Commercial Fires →